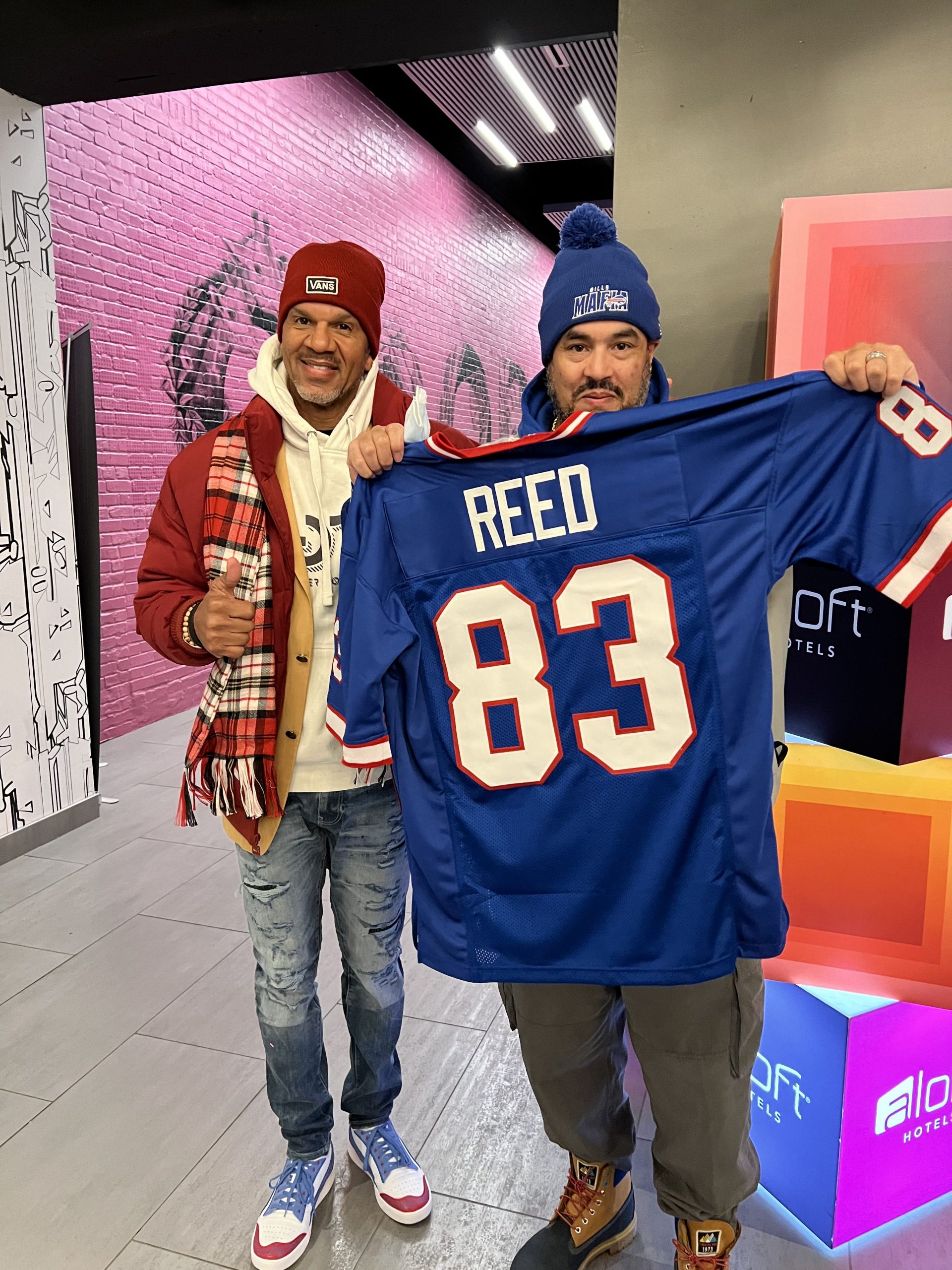 The Giving Project has once again teamed up with Pro Football Hall of Famer Andre Reed in a campaign benefiting The Andre Reed Foundation. The “VIP Experience with Andre Reed” allows fans to enter for their chance to tailgate and attend the Buffalo Bills’ “Monday Night Football” game on Dec. 6 with Reed, who was a wide receiver with the Bills for 15 seasons.

The winner will ride to the game in a limo and tailgate with Reed and two contestants from CBS’ hit “Big Brother” before watching Buffalo take on New England.

As if the game experience wasn’t enticing enough, the winner will also enjoy a VIP dinner with Reed and Bills’ defensive end Greg Rousseau.

Funds raised from the sweepstakes will be used to donate books, rugs, shelves, and bean bag chairs for the Read with Reed Literacy Corner in the new Tonawanda Boys & Girls Club. There will be an unveiling of the remodeled Literacy Corner at 5 p.m. Tuesday, Dec. 7, at the Boys & Girls Club at 169 Sheridan Parkside Drive in Tonawanda. Reed and Rousseau will attend the pep rally assembly to encourage reading.

The winner of the sweepstakes will have dinner with Reed and Rousseau following the event at 7 p.m.

One winner will receive:

√ Two tickets to the Bills vs. Patriots “Monday Night Football” game on Dec. 6

√ Limo ride to the game

√ A VIP dinner with Reed and Rousseau

√ A jersey and football

The “VIP Game Day Party with Andre Reed” sweepstakes is live at https://givingproject.com/campaign/andre-reed-campaign/. One winner will be chosen on Sunday, Dec. 5.

About The Andre Reed Foundation

The Andre Reed Foundation was established in 2010 by retired NFL great Reed to help underprivileged children reach their full potential and become responsible contributors to their communities. Headquartered in Reed’s hometown of Allentown, Pennsylvania, the not-for-profit 501(c)(3) organization has supported local charities. Learn more at https://andrereedfoundation.org.

About The Giving Project

The Giving Project was founded by Joseph Castle in 2017 to help charities in local communities raise awareness through incentivized charitable giving. The organization works with charities, businesses and sponsors in order to create a movement of giving through sweepstakes, events and recognition. Learn more at givingproject.com.