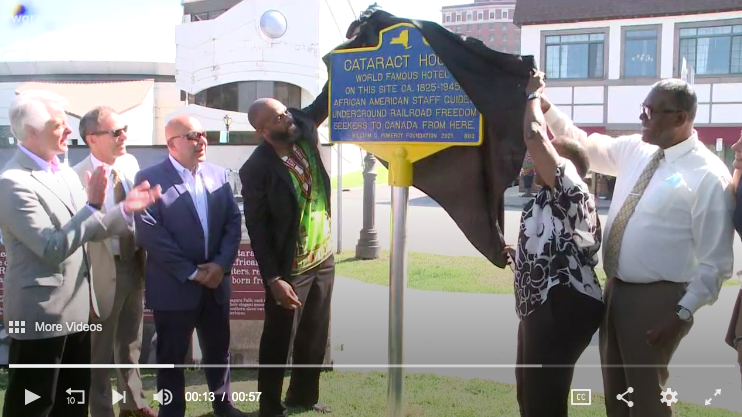 They did it by placing a historic marker at the former site of the Cataract House, which was a hotel from 1825 to 1945.

All of the waitstaff there were African-Americans. They led a double life, helping guests’ slaves escape to Canada…