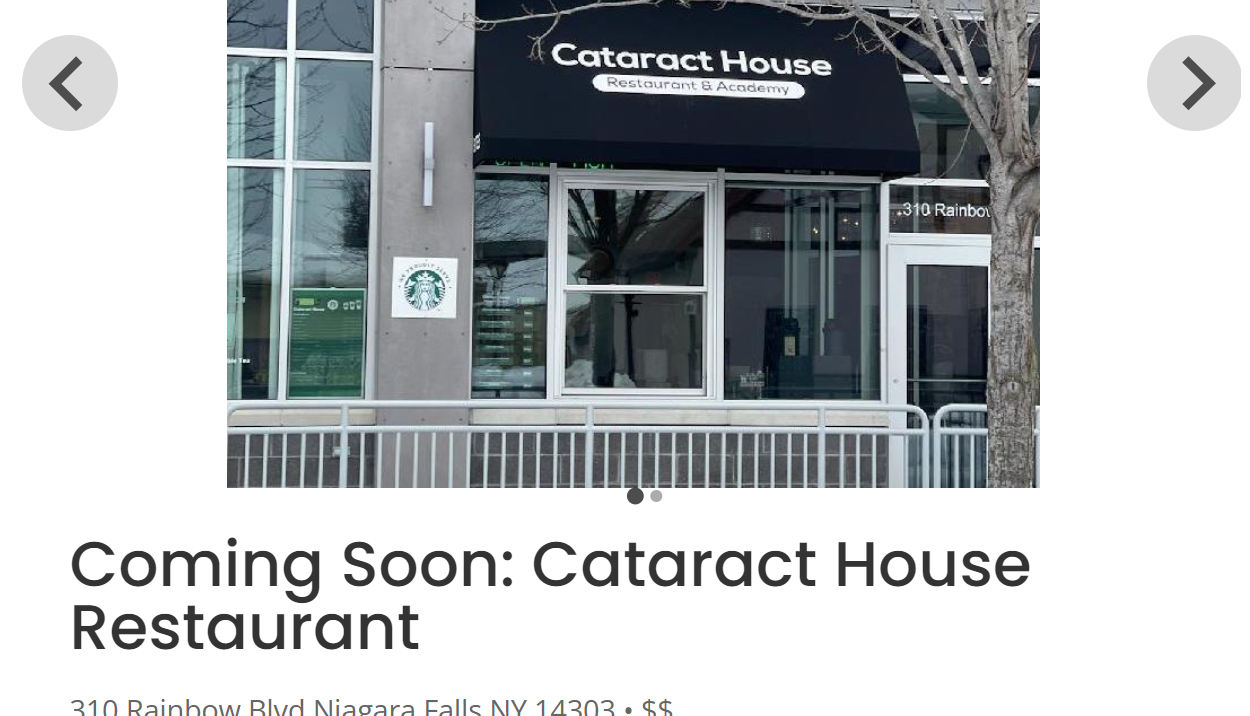 Established in 1825 along the banks of the Niagara River, the historic Cataract House was a world-renowned luxury hotel that became one of the most important Underground Railroad locations in the nation. Under the leadership of head waiter John Morrison, its African American waitstaff led double lives as secret Underground Railroad agents, helping countless freedom seekers escape to safety in Canada.

These heroic tales inspired a partnership between local restaurateur and chef Bobby Anderson – of “Hell’s Kitchen” fame – and the Niagara Falls National Heritage Area (NFNHA) to bring this vision to life. Anderson will run the restaurant through his F-Bites organization. The new Cataract House will directly connect visitors to the Niagara Falls Underground Railroad Heritage Center, where they can learn more.

The Cataract House Restaurant & Academy will also serve as a micro gallery, and the first featured artist will be Tyshaun Tyson, whose works will be on display at the grand opening.

As part of this collaborative project, the Niagara Falls Historic Preservation Society donated a menu from the historic Cataract House to the Heritage Center.

There will be seating for about 12 to 16 people inside the Cataract House, and food is available for high-end takeout experience.

The Cataract House Restaurant & Academy will be open weekends moving forward after the grand opening.