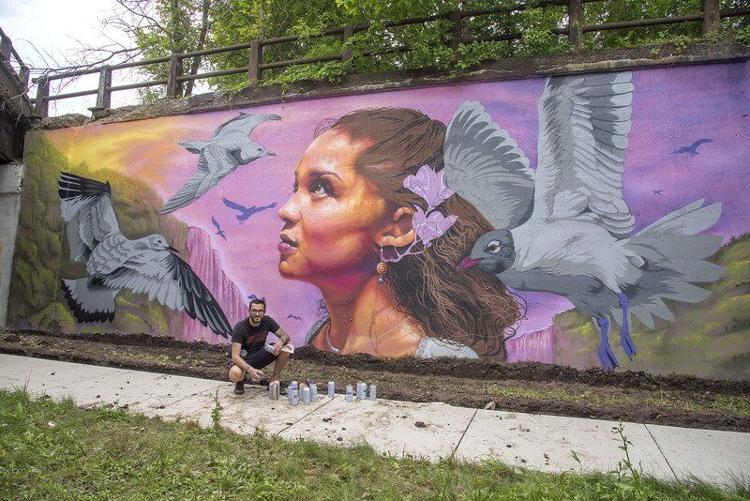 One of the latest additions to the NF Murals project spearheaded by the Niagara Falls National Heritage Area is by professional artist Justin Suarez.

As Suarez says, he has been “painting on things that don’t belong to him” for about 20 years. His first large-scale mural is located in Albany. He eventually began participating in Wall Therapy, an art and community intervention project that started in Rochester around 10 years ago. Since then, Suarez has painted in cities including New York City, Miami, Chicago, Milwaukee, and Greensborough, Michigan — and now, he’s looking forward to experiencing the beauty of Niagara Falls as he works on his next piece, which pays homage to the people and natural surroundings of our community.

A common theme in Suarez’s work is a focus on wildlife indigenous to the area where he is painting. He has spent the last nine years working with animals alongside being a full-time artist — he’s currently a volunteer animal handler at Wild Wings Inc. based in Mendon Ponds, which houses over 30 species of permanently injured, non-releasable birds of prey. As a result, he has started doing mural work that directly benefits conservation efforts…