By the PR TeamFebruary 17, 2022Turning Heads
No Comments 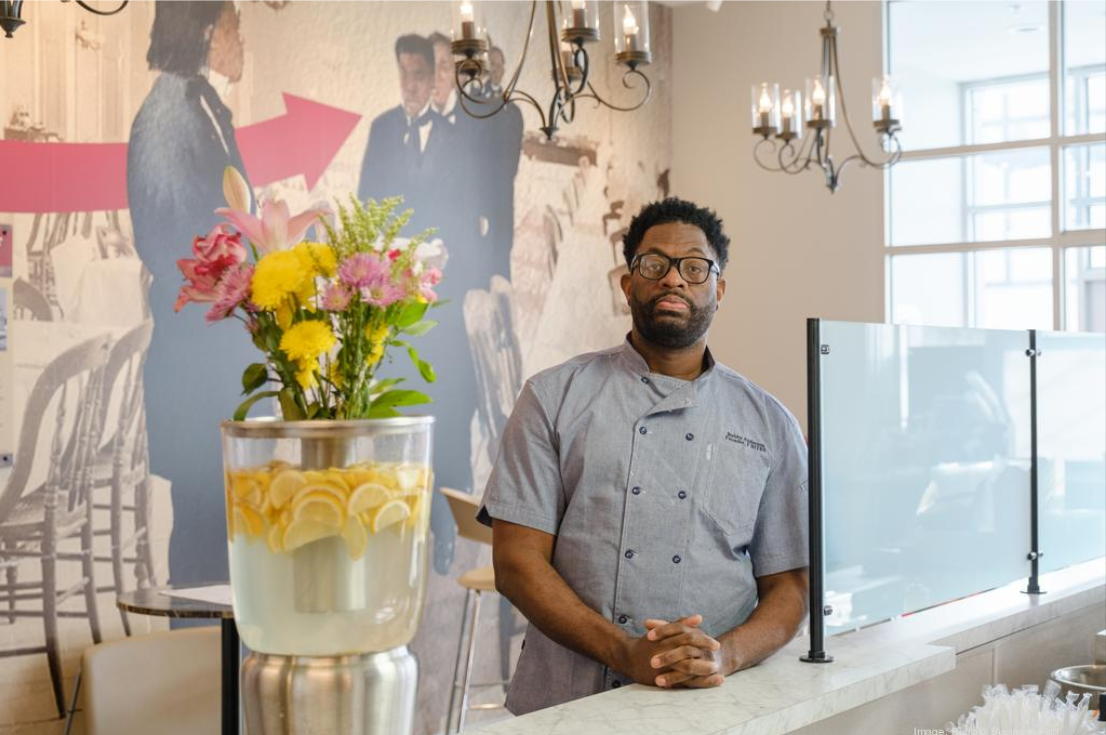 Proximity to the international border and Niagara Falls has long made the hospitality industry vital in Western New York. In the early to mid-19th century, that same industry was a lifeline for enslaved people coming through the region as the final stops of the Underground Railroad.

The role of business owners and residents throughout the region led to successful crossings into Canada for thousands of freedom seekers between the early 1800s and the end of the Civil War in 1865.

“Most people are aware on a broader level of the Underground Railroad story, but most people are unaware of how critically important this location was to freedom seekers who crossed this last remaining area from slavery into freedom in Canada,” said Sara Capen, executive director of the Niagara Falls Underground Railroad Heritage Center. “This (region) was the thoroughfare for that.”

Located inside the original 1863 U.S. Customs House in Niagara Falls, the Heritage Center is a project of the Niagara Falls Underground Railroad Heritage Commission, in cooperation with the Niagara Falls National Heritage Area, a program of the National Park Service. It’s right across from the Whirlpool Bridge, which replaced the International Suspension Bridge where thousands of freedom seekers crossed over to Canada, including Harriet Tubman.

“One of the key industries that supported that was the hotel industry here in Niagara Falls,” Capen said. “Our hotels were just as vibrant as they are now. It was a place of tourism as it is now and those hotels, a couple of them were owned by abolitionists.”

One business owner was Parkhurst Whitney, owner of the Cataract House Hotel, the largest and grandest hotel in Niagara Falls. He hired African-American waiters and staff, regardless of whether they were born free or had escaped slavery.

When Southern families visited Niagara Falls, Whitney’s staff helped to spirit the enslaved people away, down a long staircase and to the Niagara Gorge to rowboats that ferried them across the Niagara River to freedom in Canada. Though Whitney himself didn’t escort them, he did nothing to stop it.

Until slavery was abolished in 1865, that help continued with Whitney’s son and sons-in-law, who took over Cataract House after his retirement.

Whitney’s son-in-law, James Fullerton Trott, played a major role in the city’s development. He ran the Cataract House with his wife’s brother and brother-in-law after their father’s retirement and would go on to establish the Niagara Falls public school system and served on the Niagara Falls Board of Education until 1898.

“The Whitney family was very much grounded in Niagara Falls, so it was through his role in the community and his abolitionist beliefs that he was able to assist freedom seekers by empowering the African-American waiters to help them get to Canada,” said Evan Wright, director of operations at the Underground Railroad Heritage Center. “They didn’t help, but they didn’t obstruct either.”

One goal of the museum is to amplify the story of the African-American waiters who served in the hotels and are the real heroes in the story.

“Most people know Parkhurst Whitney, but most people do not know John Morrison, the head waiter whose role was not only as head waiter, but he was the person who physically led and guided people to freedom,” Capen said.

Just down the river was another crossing point in the Village of Lewiston, where the owner of a tailor shop served as the “station master.” Josiah Tryon came to Lewiston in 1835 from Connecticut and reportedly hid freedom seekers in the cellar of his brother’s home on North Water Street. He then helped them escape down the gorge and across the river to St. Catharines, Ontario. That story is memorialized with the Freedom Crossing monument at the water’s edge.

“Between here and Buffalo, the crossing would have been so much easier for people,” said Tom Collister, curator at the Historical Association of Lewiston Museum. “We had ships, but essentially someone could swim across the river if they had to.”

Freedom seekers also escaped on ships that came through Lewiston from the Toronto Steamship Co., which used African-American workers on the boats as porters and to shovel coal.

“It was easy for them to slip escaping slaves away in the darkness and make it look like they were workers, and that boat came almost every day,” Collister said.

A similar journey was taking place in Buffalo, spurred by the city’s growth following the opening of the Erie Canal in 1825. In the years that followed, freedom seekers ended their journey in Buffalo after traveling across the state along the canal.

A key crossing point to Fort Erie was at Black Rock Ferry (now Broderick Park) at the foot of Ferry Street, then the main port of the Village of Black Rock before the area became part of the City of Buffalo. The port was displaced during construction of the Erie Canal and became a landing and departure site in the 1830s for enslaved people crossing into Canada.

The opening of the suspension bridge in Niagara Falls in 1848 changed things up again, bringing more people and commerce across the border. It also provided a new way for freedom seekers to cross into Canada by train versus walking over, where there was greater risk of being stopped by U.S. marshals enforcing the Fugitive Slave Act.

“So it not only galvanized the economy but coupled with the passage of the Fugitive Slave Act, it made a funnel right into Canada, Capen said.

“New York state was a hotbed of abolitionist activity back to the opening of the Erie Canal,” he said. “We were a border state geographically, so it was a natural for people to come through here.”

Cottrell has been working to share the region’s Underground Railroad story since 1993 through Motherland Connextions Inc., a cultural tourism business with tours in Buffalo and Niagara Falls as well as Orchard Park, Colden, Cherry Creek and Olcott. He also played a role in the early development of the museum in Niagara Falls.

“We have people from all over the world that come to see the Underground Railroad,” he said.

Though some people traveled here with the railroad or escaped to the Buffalo region, the Fugitive Slave Act pushed most of them over the border in the 1850s. It wasn’t until after the Civil War that African-Americans came back to the area to stay.

“This area, it’s Black, it’s white, red and brown and was the country’s first multicultural environment,” Cottrell said. “That cycle still goes on. It’s a natural and still happening now.”

Anderson runs F-Bites, a nonprofit that in mid-January opened the new Cataract House restaurant at 310 Rainbow Blvd. adjacent to Hyatt Place Niagara Falls and a stone’s throw from the site of the original hotel restaurant.

He is somewhat sheepish when he talks about his own limited knowledge of the Underground Railroad and how he felt inspired to help educate others once he learned about the role of Niagara Falls and Buffalo.

The original plan called for a Mediterranean restaurant or a micro-food court concept. Instead, he pivoted and partnered with the museum to borrow artifacts and create replica chandeliers and décor that mimic the mid-1800s original. He also has installed QR codes to give diners more information on the story.

“I was more inspired by the whole movement and it made me re-engineer the whole concept of that restaurant,” he said. “You can hear the mighty Niagara, you can see, feel and touch it.”

His menu features similar ingredients and meals from that time but updated with a modern twist. That will include oxtail gumbo vs oxtail stew; marinated pheasant taco instead of roasted fowl and various beans and greens.